Whether it’s the Cape Zebra or the Burchell’s Zebra, you can hunt this animal throughout South Africa.

Stunning black and white stripes are the defining characteristics of this animal. The placement of the stripes differs slightly depending on which of the species you are hunting but generally, the Burchell’s zebra has shadow stripes while the Cape zebra has a grid pattern of stripes. It can be very difficult to tell the difference between the male and the female, although the male generally has a more developed neck. As the zebra lives in a herd, a hunter needs to be very careful when approaching the animal. One wrong step alerting the animal to your presence and the animal will hide in the herd.

Zebra live in a habitat of grass or woodlands and they will always be near to a water source where they will spend time indulging in long drinks. They live in a herd of up to 8 members and when adult males come of age, they will leave to form herds with other bachelors. When in danger the herd will be led away by one of the females while the male will stand guard. They are known kick when attacked. Should you scare the herd, you will see that the male will look back as the herd moves, giving you the opportunity to shoot. Males also tend to stand on guard, to one side, when the herd is drinking or grazing, again giving you a clear shot.

Hunting zebra for the hide? You will probably want a younger male that is not battle scared. Hunting Zebra is best done in the early morning and late afternoon, while you will have ample opportunity if you scout out watering holes. A .270 is a good choice but a 30 calibre rifle is better. Use an expanding bullet with a soft point. The placement of your shot is critical, and you don’t have to be worried that you are using a too powerful gun. Speak to your professional hunter if you are not sure. In terms of your placement, a heart/lung shot is a favourite. Aim for a third of the way up the foreleg or aim for the centre of the shoulder blade. When shooting from the front, aim for the base of the neck. This should hit the chest and do the job quite well! 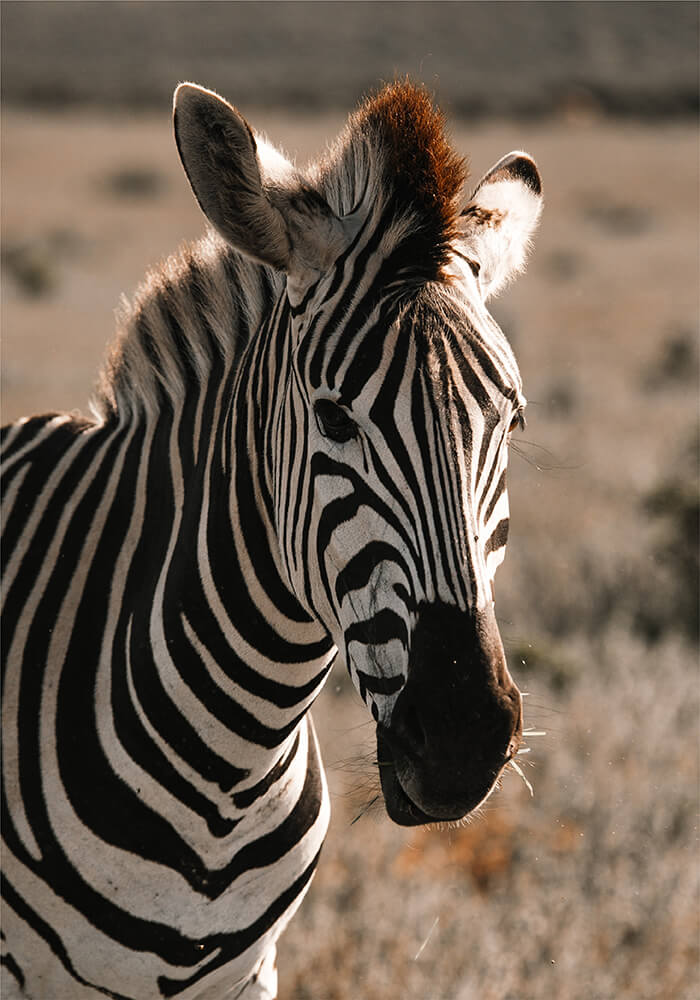