Hunting the fastest antelope in Africa provides a unique kind of challenge.

Not only is the Tsessebe larger than many of the other antelope but he also looks very different. It is the unique appearance of this antelope that makes it one of the most sought after trophy animals in Africa. Both the male and the female have horns and each has a black marking on the face. Tsessebe have a dark brown coat and they have a distinct hump on the shoulder. Despite their size, they are the fast antelope in Africa. Tsessebe are territorial animals and they will fight over territories with their striking horns. The males and females are both known to fight. Tsessebe are social animals, and will often live in large groups which consist of other animals such as ostrich, wildebeest and zebra. The females will remain with the dominant male for the rest of his life, something that is not common among antelope. Tsessebe prefer to live on the open plains and their diets mostly consist of grass.

Tsessebe can be curious animals, wanting to get a look at their threat. Even when they take flight, they might stop and look back, giving the hunter the opportunity to shoot. Hunting at dawn is recommended as is waiting until the animal is resting in a shady spot. When hunting Tsessebe, you will want a .270 along with a 130-grain expanding bullet. Hunting with 7mm or 30 calibres along with bullets with a grain of up to 180 is also a good option. Don’t shoot the shoulder hump; you will simply wound the animal. Instead, aim for the heart/lung area and don’t shoot any higher than the midline of the foreleg. If you do end up aiming for the shoulder, aim you bullet further forward. If you have a front shot, aim for the centre but only when the head is lifted. 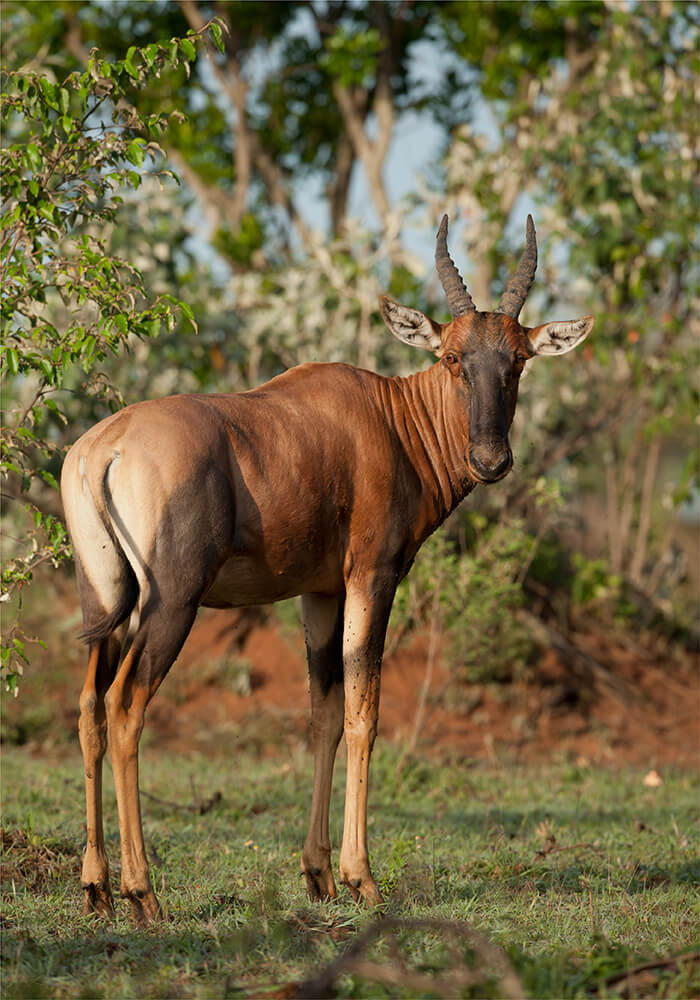