These plains game animals can be hunted across Southern Africa.

These small antelope love living in a habitat that is open as opposed to living in a heavily wooded area. They are also not fans of dry desert regions or mountains. The steenbok is the largest of all of the smaller antelope and instead of living in larger herds; the males prefer a solitary life and will only be found with females during the mating season. The males are also the only ones to have horns. You will find them being very active during the early morning and early evening and they are also known to be nocturnal when they feel threatened. Steenbok are browsers and they mostly eat new grass.

Steenbok are territorial animals and they are known to attack when they feel their space is being invaded. Their temperament means the youngsters will often run away from adults. The steenbok is an exceptionally fast runner and they scare easily, so when hunting you will need to remain as still as possible and be quick with your trigger. Steady your nerves when you first see this guy running, as your best chance to take a shot is when he stops for a moment to get a look at his threat. It goes without saying that you will have to be patient when hunting steenbok. They can easily camouflage themselves, and they have incredibly strong senses.

All calibres of rifles can be used to hunt steenbok. And like other challenging game, the weapon you have in your hands when the opportunity arises will probably be the best. Be sure that you have a quality scope, a 4X should be good enough. If you are shooting from the side, then aiming for the heart/lungs will be best. Use an expanding bullet. In the event that your shot doesn’t kill, an expanding bullet will slow him down.

Is it a challenging hunt you are after? Hunting steenbok will give you that thrill. 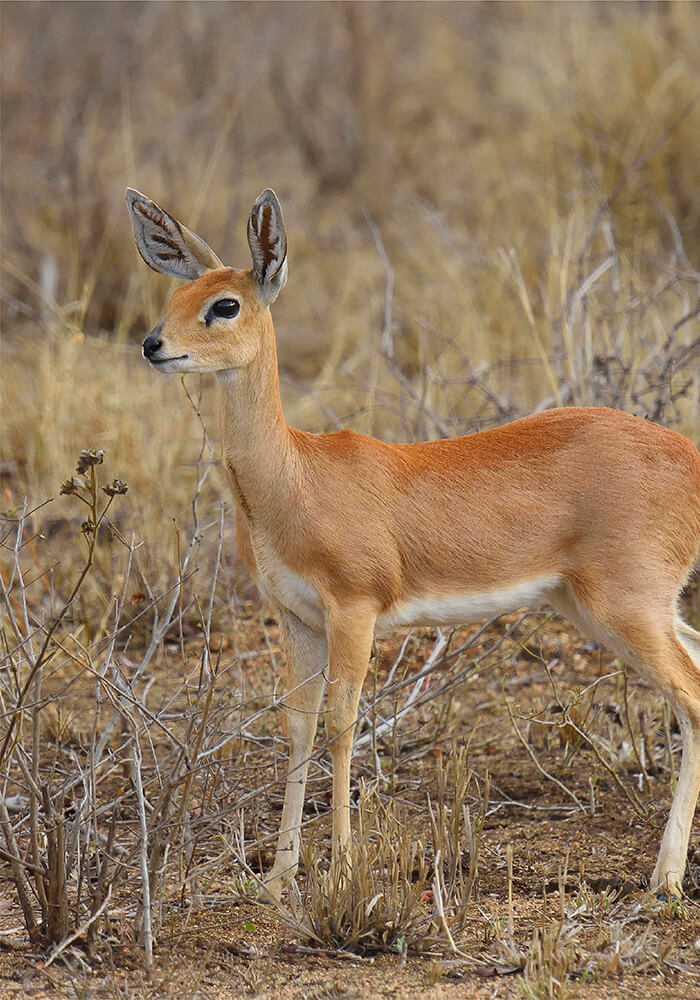