The Red Hartebeest is a cunning animal known to outsmart many a hunter.

Although he might not be considered the most attractive animal to hunt, the red hartebeest is certainly the kind of challenging hunt that any seasoned hunter will appreciate. With a coat that is red/brown, a characteristic which has given this animal his name, the red hartebeest has a sloping back and a rather sad looking, long face. Both the males and the females have horns; while the males will have the heavier more sought after set of horns, and the female has more slender horns which might be deemed less attractive as a trophy. An adult male can easily weigh 330 pounds and the females are not that much lighter with some weighing around 265 pounds. These animals tend to live in herds and during the summer months, calves are born into dense vegetation where they are protected before being introduced into the herd.

Similar to other antelope of its size and breed, the red hartebeest is known for having a playful character and they are also territorial animals. Living in herds of up to 30 members, hunters need to be careful when approaching.

Most calibre rifles will be suitable for hunting red hartebeest. When hunting red hartebeest in South Africa, a .270, a 7mm and a 308 are all good rifle choices. Your professional hunter will be able to guide you in terms of shot placement. A shot to the chest, around a third of the way up the foreleg, a similar shot placement you would use when hunting wildebeest, should do the job. 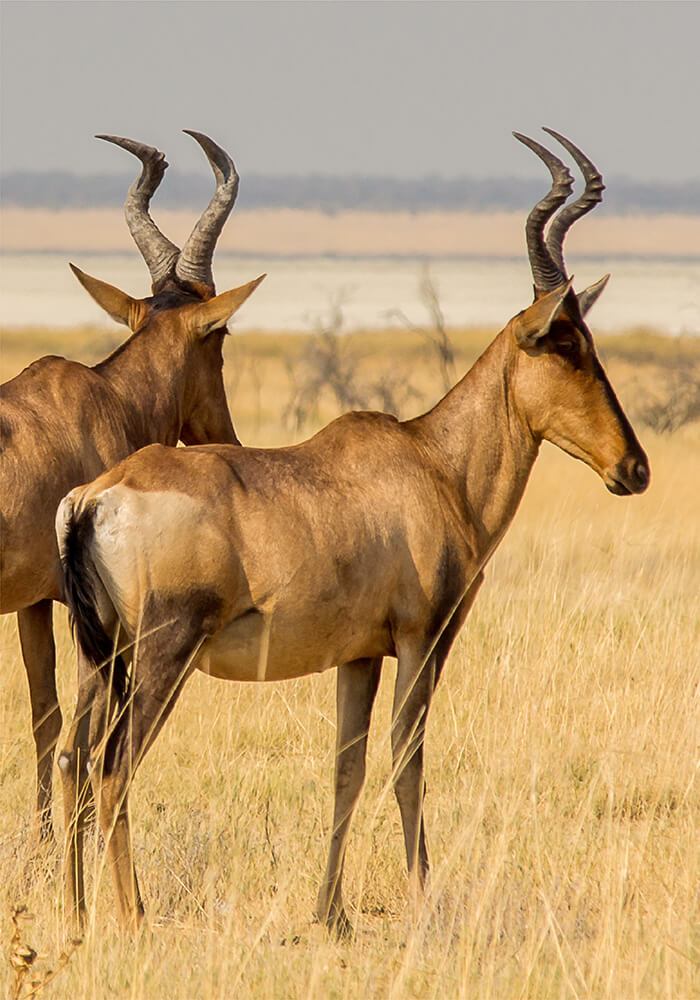