If you are looking to hunt jackal, you can find opportunities all over South Africa.

This species is one that is common throughout Southern Africa and can be found as far north as Namibia and Zambia. There are two species of jackal but the black- backed jackal is the more common of the two. Although the two species of jackal might look different, they share certain characteristics and habits. The black-backed jackal has a light red fur coat and is often called the red jackal. With a black saddle on the back and white speckles across most of the fur, it is quite easy to identify this animal. Males are often heavier than the females but other than that, there is no way to tell the genders apart.

Jackals are predators. If you are visiting from the USA you might think that the jackal bears a resemblance to the coyote. The biggest threat to the jackal are farmers who consider the animal to be a pest. Jackals live mostly in woody areas and grasslands, but they always like to have a bit of bushy cover. These are highly adaptable creatures so they will have no problem making their homes just about anywhere, so long as there is water nearby. As far as family life is concerned, jackals live either in pairs or alone, and as far as diet is concerned, mice, rabbits, and even fruit are commonly eaten.

When hunting jackal, it is by lucky chance that your paths will cross. So this means that the rifle you are carrying at the time will be the best one to do the job as you might only have seconds to take aim. Should you be embarking on a hunt that is solely for hunting jackal, be prepared to be patient. These are cunning, quick animals. It is usually best to hunt jackal while tracking other game, as this chancer is likely to show up when you least expect him! 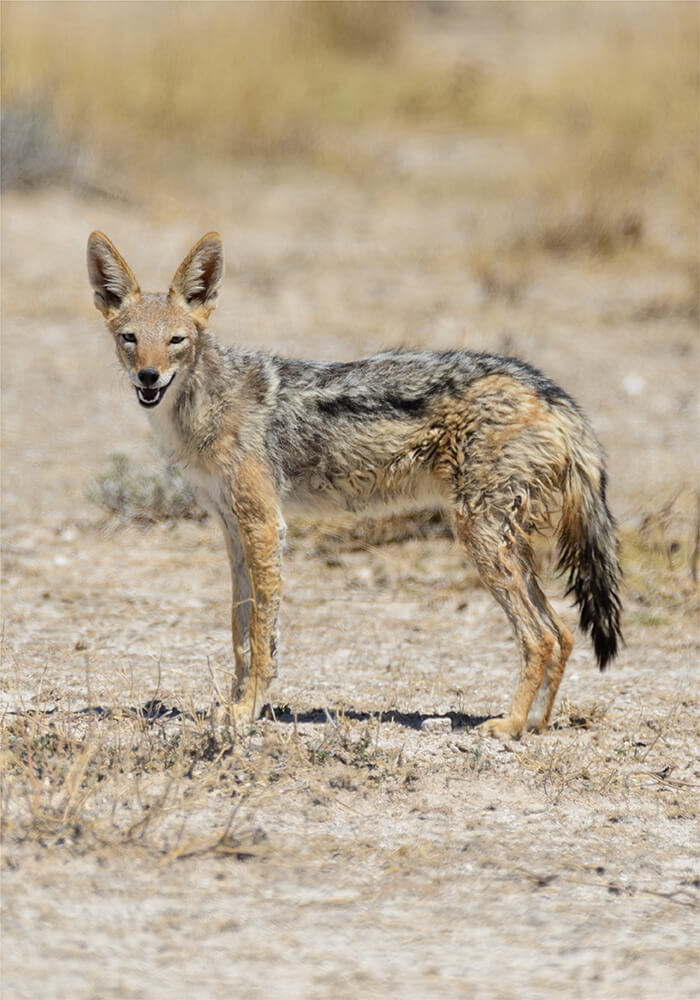