The perfect habitat to find your Gemsbok is the semi-arid, Kalahari region of South Africa.

Tall spiralling horns is the characteristic that distinguish the gemsbok from all of the other antelope in South Africa. The gemsbok is also sometimes called the giant oryx, and they inhabit harsh, open areas. They are indigenous to the dry Kalahari Desert and so they can go for months without drinking water. Usually, they get enough moisture from what they eat. Gemsbok are grazing animals but will browse when they need to.

One thing you need to know about the gemsbok is that they can be dangerous animals when they are threatened or hurt. Their menacing horns, which are on both male and females, are used to defend themselves. The females are known to have more slender horns although their horns are often much longer than the males. To tell them apart, look at the curvature of the horn. The female’s horns will curve backwards while the male’s horns are straight. Females tend to outscore males thanks to their longer horns and are thus more sought after trophies. Hunting on flat, open land requires the right walking gear as well as stamina. Be sure that you have the right scope attached to your rifle as you might have to make a long distance shot.

Gemsbok is exceptionally alert animals. They see very well, they have brilliant hearing and they can smell you coming. A .270 calibre rifle with a 150-grain bullet or a 7mm or 30mm magnum should do the job easily. If you are hunting on an open plain, you might want to use spritzer bullets but if you are in the bush you will want to use a heavier bullet that won’t deflect.

Gemsbok have a humped shoulder. If you shoot this, it will just wound the animal. Rather, follow the back line of the front leg and when you get about a third of the way up the body, you are in a good position to take the shot. Wounding the animal will just mean you spend the day tracking it down. Not only will you have a stunning trophy when hunting gemsbok, but you will also have quality meat to enjoy. 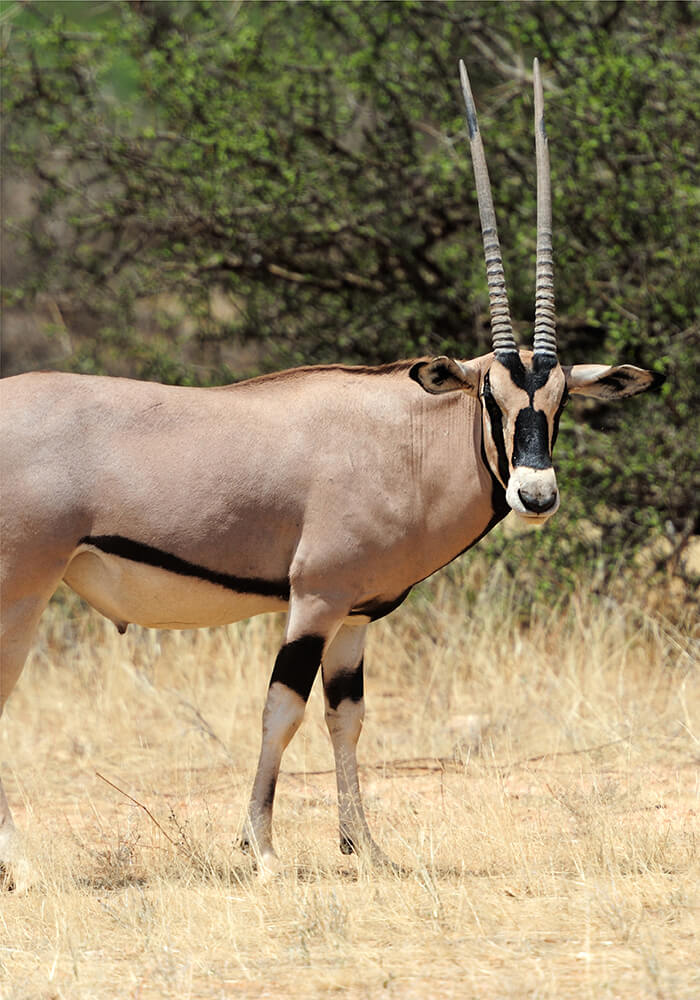