Duiker is a common animal often spotted in nature reserves throughout South Africa.

When you are hunting blue duiker, red duiker or the common grey duiker, there is some information you need to know. This is a small species of antelope and it tends to prefer a habitat of savannah woodlands rather than the open plains. You might also spot duiker up in mountains or deep in forests.

The male duiker has horns, which unlike other antelope are upright, and they have a very low, unique style of running which is how they got their names. Duiker comes from the Dutch word “duik” which means to dive. They are very much solitary animals and unlike the other antelope, they are known to be more curious. They are commonly seen during the late afternoon and early evening.

Instead of grazing, these animals are known for browsing. Because of this habit, they are less dependent on water. When you are hunting duiker, you might only get a few quick views of the animal which makes it very difficult to evaluate and determine the value of the antelope. If the horns extend beyond the tips of the animal’s ears, by more than an inch, you are looking at a great trophy animal. But keep in mind that it can be extremely difficult to hunt the duiker because they have exceptional senses along with colouring that provides them with camouflage. They tend to stay well hidden.

The ideal rifle to use when hunting duiker is a calibre of .223 to .375. But when you catch sight of the animal, and you have time to aim, any rifle is better than none at all. A shotgun is also a great choice as shots will normally be taken at short range. Aim for the side of the target so you shoot at the heart and lung region. An expanding bullet in the shoulder is also a good idea. 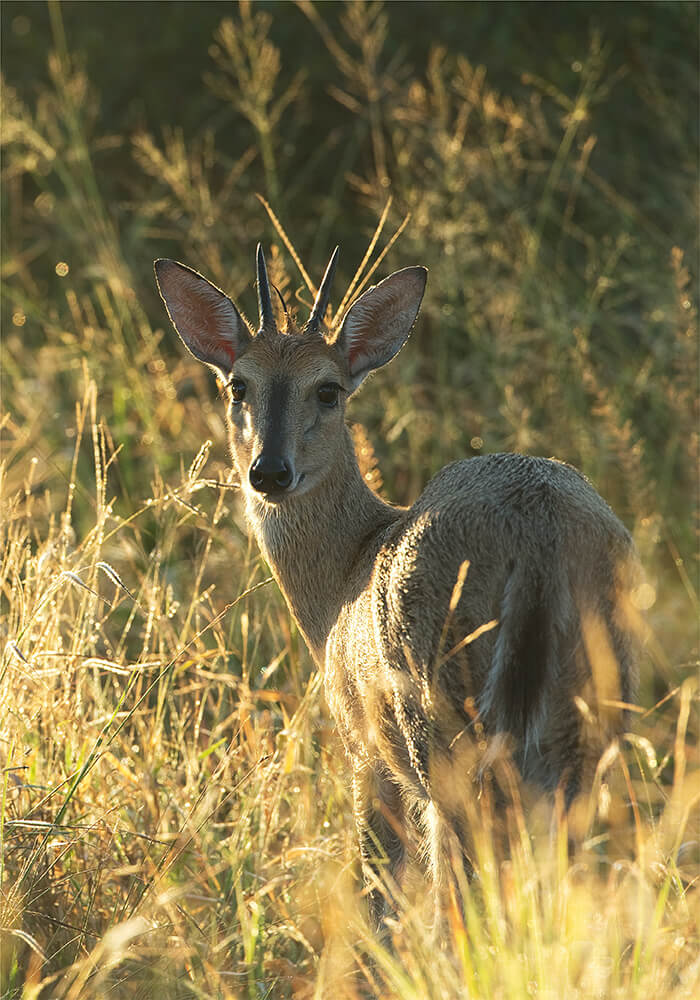