The bontebok is another African antelope commonly hunted.

There are so many similarities between the Bontebok and the Blesbok, that it can be too easy to confuse them. One way to tell them apart, however, is to look closely at the colour of the buck. The bontebok is considered the more colourful of the two, with white fur on its face and body. A striking white stripe of fur extends from the face to the forehead and completes this distinguishing appearance. To distinguish between the two sexes, you need to pay attention to the size of the antelope. The males are bigger.

Bontebok is best hunted in the early morning or late afternoon while they graze before the heat of the day forces them to seek shade. While the animal has been on South Africa’s endangered species list in the past, the antelope has made a dramatic come back with the populations growing over the years to the point of being sustainable. You can now safely hunt bontebok in South Africa without concerns about shrinking populations. Bontebok can be hunted on private game reserves all over South Africa.

A .270, a 7mm or a 10 calibre rifle is the best weapon to use while hunting bontebok. Make sure that you use a quality bullet and keep in mind that you might have to make a long distance shot. In order to hunt bontebok in South Africa, you will need both an import permit as well as an export permit, as the buck is listed under CITES 1. These permits will need to be secured before your hunt. 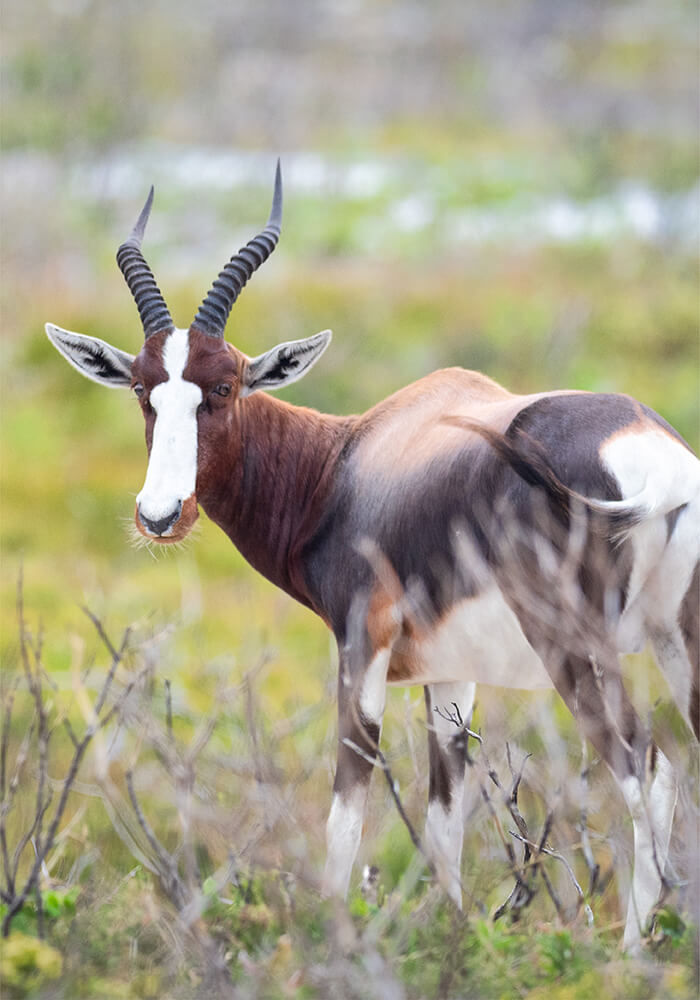