Blesbok are popular animals to hunt in Southern Africa.

Found mostly in the Highveld of South Africa, on open plains where they have plenty of space to graze, Blesbok live in herds made up of females and juveniles. Male Blesboks are mostly solitary animals. Blesbok have mostly dark fur along with a distinguishing white under belly. They have small heads and both the male and the female antelope have horns, which means hunters need to look closely at the animal they are hunting. And it is while the blesbok are grazing that hunters have the best opportunity to successfully hunt. These animals graze in the morning and late afternoon, once the heat of the day has passed.

Blesbok are mostly hunted in the Free State. While the open plains of the Free State might be appealing and a seemingly easy place to hunt, the shots you take might need to be long range. A trait well known to the Blesbok is that they face towards the sun and keep their heads low, occasionally shaking their heads and run around circles. Patience and a careful aim are necessary to successfully hunt this animal. If you are unable to find Blesbok grazing, you might find them nearer to water.

Blesbok needed to be reintroduced to South Africa, after the antelope became extinct, and today the population numbers in the hundreds of thousands. The right hunting rifle you will need is one with the calibre of .270 or .300 with bullets able to shoot over a longer range, such as those with a 130 or 150 grain. Should you be tracking your Blesbok through the bush, you might want to use a heavier round nose bullet. Your aim is critically important. If you want your first shot to be perfect then aiming about a third of the way up the body, is ideal as it will strike the heart and lungs. 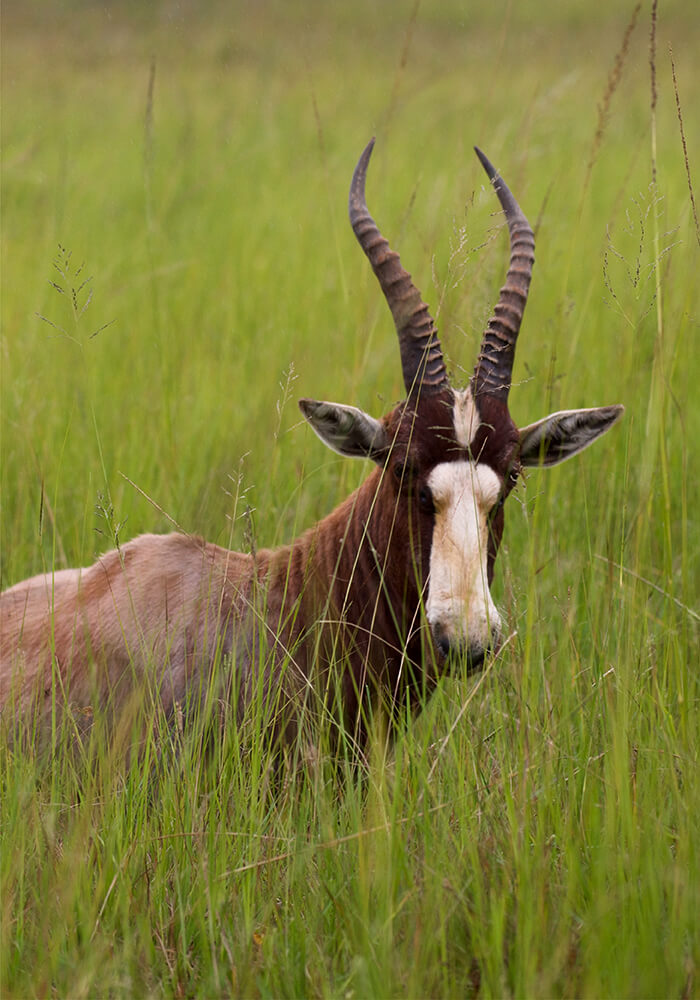