Rhinos are endangered species and hunting Rhino is carefully controlled.

Choosing to graze in open savannah, where they can find plenty of shade from the midday heat, rhino live in small groups. As grazing animals, they choose to live near to water. The white rhino is slightly bigger than the black rhino. The rhino is only a social animal until it grows old. In old age, the rhino tends to become very sensitive while it lives a solitary life. Older rhino are known to chase cars and you can be sure that if a grumpy rhino spots you, he will charge.

Identified by the longer snout, the defining characteristic of the rhino is, of course, its horns. Hunting rhino is an exceptionally sensitive subject, seeing that this is arguably Africa’s most poached animal. Their two horns are much sought after by overseas black markets. Rhino hunting is strictly controlled in most African nations and you will need a permit. A lot of research into conserving these beautiful animals has been done over the years, and some of the results have shown that rhino hunting can aid conservation.

When hunting rhino, be aware that this is a dangerous animal. Regardless of where you are hunting, be aware of the risks involved with taking down this guy. While the rhino usually has a calm nature, they have a very keen sense of smell and they can also hear very well. Despite the rhino being quite a large beast, they have the ability to become almost invisible when they sense danger. Rhino hunting is done on foot and the minimum calibre rifle to use is a .375 or any other rifle that has the power to pierce through the thick hide. Placing the shot behind the shoulder should do the job and you won’t have to worry about placing a long distance shot.

Keeping in mind the very sensitive nature surrounding hunting rhino in Africa, this hunt will certainly be a once in a lifetime experience. 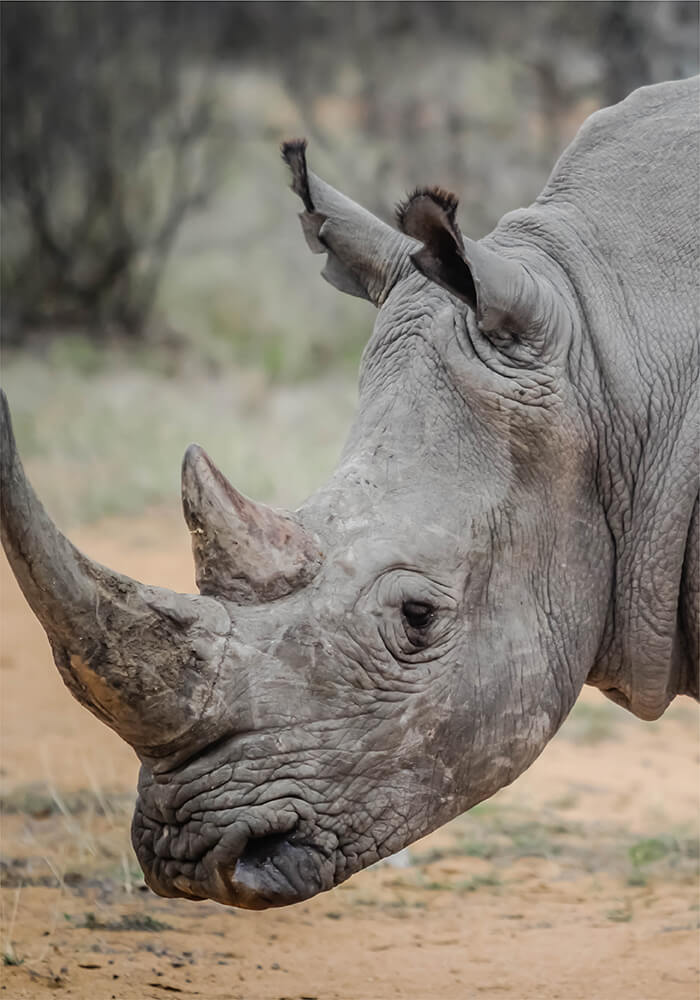