Beautiful yet shy Nyala can be hunted throughout South Africa.

Another antelope with spiralled horns is the nyala. This animal has a shy nature and tends to try to stay out of sight. Nyala are related to the bushbuck and there are two types which are defined by size. The male nyala is bigger than the female and like the kudu, they have a white chevron between the eyes. The colour of the coat of the nyala changes depending on the gender. Males have yellow socks, a white mane and hanging body hair while the female has an orange/brown coat with white stripes on the flanks. The male nyala has horns, which are lyre-spiral shaped.

Dense woodland and thickets are where you will find the nyala. While they are occasionally spotted out on the plains, they prefer habitats in which they can take cover from danger. These animals rely on water sources, as they need to drink daily. There is a good chance that you will find them near water pans and other sources as well. Nyala live in temporary herds; some of just females, some with families of females and youngsters and others are just herds of bachelors. As with most plains game, nyala will graze during the cool hours of the day, mainly the early morning and late afternoon. During the heat of the day, they will rest. When hunting nyala, you will be successful if you use techniques that are similar to hunting kudu. These animals are known to become curious about who is pursuing them, a mistake on their part which might give you an opportunity.

A rifle of .270 calibres with a heavier bullet is what you will need to hunt nyala. Aim your shot around a third of the way up the foreleg in order to hit the heart/lung region. Anything higher than this will just wound the animal. It can be very difficult to judge where your shot will go, as nyala have the tendency to move around at the last moment, so be careful. Nyala hunting results in a beautiful trophy that you will want on your wall. 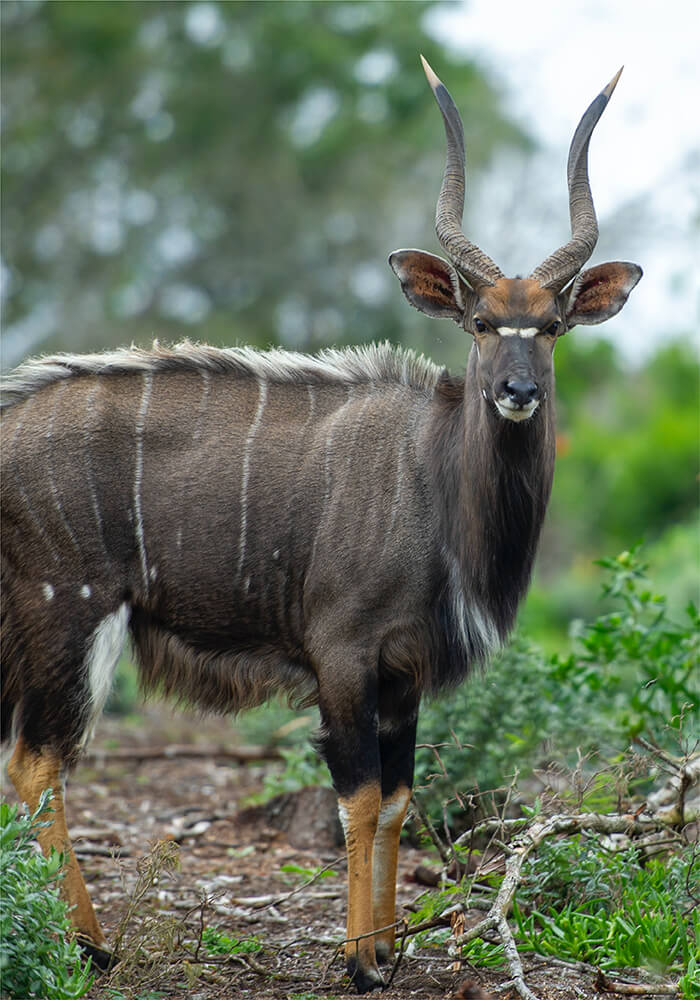