Hunting Lion in Africa is not for the faint-hearted.

Known as the “King of the Jungle”, the lion is probably the most respected and feared of the Big Five. Considered one of the “Big Cats”, lions stand about 4 feet at the shoulder. Male lions can weigh about 400 pounds and females 280 pounds. Lions are social animals, living in “prides” of up to fifteen animals. Male lions defend the pride’s territory, while the females do most of the hunting. Female lions with cubs are very aggressive.

Lions have exceptional night vision and very large retractable claws that they use to hold down their prey while using their powerful jaws to break their prey’s neck or strangle them. Lions feed on a variety of prey, from impala to birds or even reptiles if food is scarce, eating up to 18 pounds a day. Females work together to bring down their prey. Lions often bring down prey much larger than themselves. Lions live in grassy plains, savannahs and scrub country. Adult male lions are easily recognised by their furry manes which run around their heads and down their backs. The darker the mane, the older the animal is.

The lawful minimum calibre rifle for lion hunting is .375, although you may consider a larger calibre if you shoot well. Lions are nimble and fast; very unpredictable and vindictive. The placement of your first shot is extremely important as the follow-up shot can be very dangerous. Should you wound the lion with your first shot, it will lie in wait for you and then charge with incredible speed. The wounded lion will target one hunter in the group of hunters, with deadly intent. To bring down the wounded animal it is advisable to use a larger calibre, preferably a double rifle. A wounded lion in full charge can be an extremely difficult target. 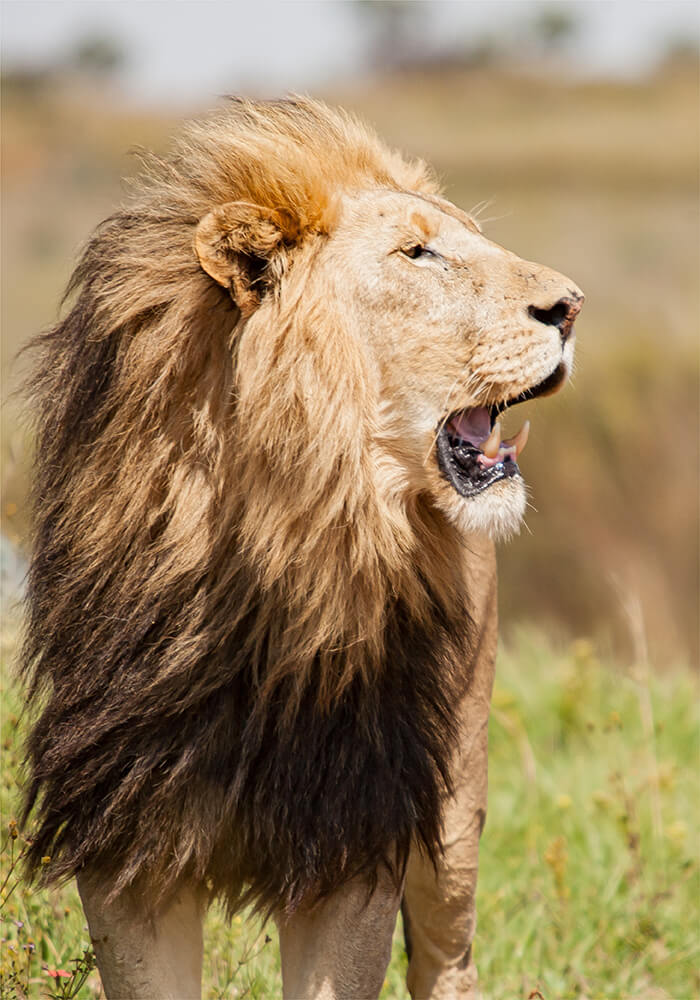