The Leopard is a nocturnal feline that is widespread across the African continent.

Mature males or “Tom” cats, can weigh between 120 and 180 pounds, although individuals have weighed up to 200 pounds. Females are generally slender in stature and weigh from 70 to 130 pounds. They have a life expectancy of between 12 to 15 years. Mature animals can carry prey weighing their own weight into the treetops to feed. Mature Leopards can consume about 20 percent of their body weight in a single feeding.
Impala are considered the Leopard’s favourite feed, but they will feed on any meat, including scavenged rotten meat. With exceptional eyesight and hearing, this member of the big five must be given the utmost respect when being hunted. Leopards are the masters of stealth and camouflage so when tracking a wounded leopard in the bush, be aware that this animal can seemingly come out of nowhere.

An impala hung from a conspicuous branch of a tree is an excellent way to hunt this animal. The leopard, being a nocturnal animal is normally shot at night, but it is not uncommon for a leopard to be hunted during the day. In African countries, the lawful minimum calibre is the .375, although lighter calibres such as the .270 or 7mm have been successfully used.

Controversy remains over the weapon of choice for following a wounded cat in the bush. Some choose a shotgun with buckshot while many professional hunters prefer a large calibre rifle, preferably a double. Extreme caution is highly advised when doing the follow-up, as serious injury can be inflicted by this animal if it gets to you, 100 stitches will be required for every second it is on you! 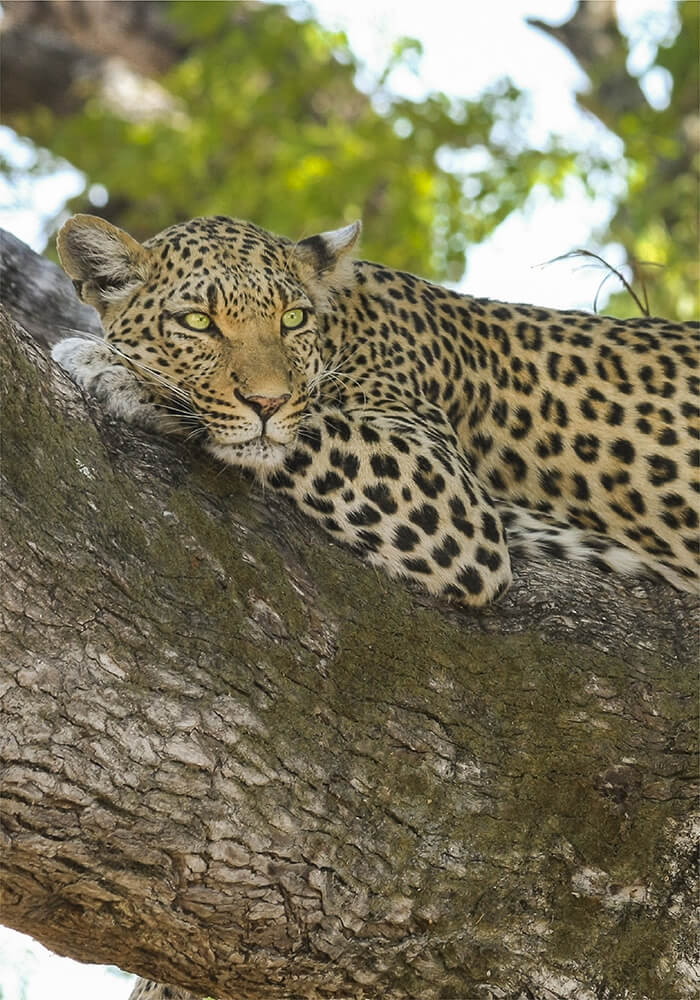