This beautiful buck can be rather shy and lives on the plains of South Africa.

As one of the smaller antelope, its spiralled horns and red/brown fur with white spots on the rump, legs and base of the neck as well as below the jaw, make it a beautiful species. This antelope should never be thought to be an easy hunt. It is a shy animal and prefers to hide away in thick riverine forest. Bushbuck are often found close to a water source, and they feed during the early morning and later afternoon when the heat has abated.

Only male bushbuck have horns and the fully grown animals can weigh between 80 and 140 pounds. Older males will usually have darker fur. They are easily scared, and the moment they catch on that there might be a danger, they let out a bark like sound and flee. A hunter will need to be stealthy and move carefully through the dense bush to get close enough to the animal.

When hunting bushbuck in Africa, you want to use either a 7x75mm or a 30 calibre rifle with 160 to 180-grain bullets. Round nosed 220 grainers might make shooting through the dense bush a little easier. To place your shot perfectly, you need to aim for the chest and try to take the animal down with one shot. A wounded bushbuck can be dangerous, despite its slight size. Should you wound the animal, it will try to get away and you will need to track the animal, lest you lose it. 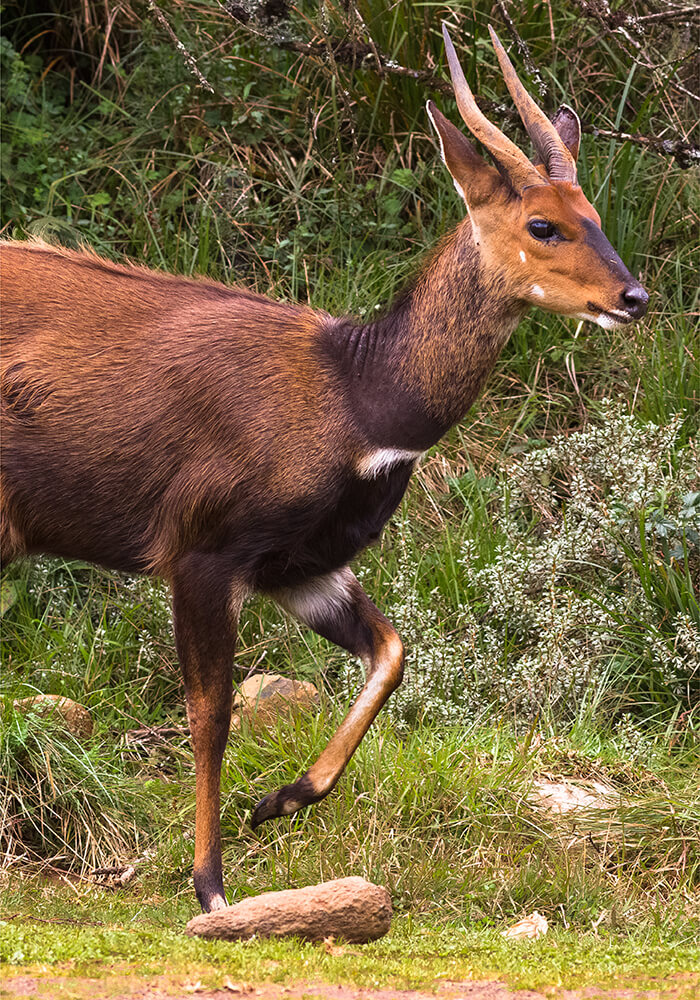